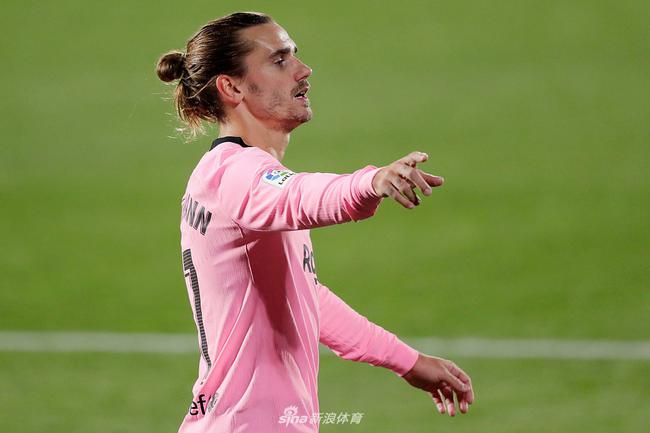 Griezmann recently said that the position (center) in the French national team is more suitable for him. Before the game against Getafe, Koeman said when talking about related issues that the coach said, "It is me who makes the decision!"

However, after the game started, it was discovered that Koeman still made a concession. He let Griezmann play in the middle, but the French star's performance still did not meet expectations.

In this campaign, Koeman asked Griezmann to play the "pseudo 9" position, but his performance was average. In the 30th minute, Griezmann also wasted a good scoring opportunity. At that time, he got a great opportunity to get a single-handed kick against offside, but facing the goalkeeper, he kicked the ball with his right foot. In fact, in previous games, Griezmann also had a situation where he could not grasp the opportunity in the face of goal. It seems that his bigger problem is lack of self-confidence, not position.

"Daily Sports" pointed out that Griezmann was not punished for saying those words, but got the position he wanted. Messi is also helping him, swapping positions with him, passing the ball to Griezmann many times and creating opportunities. However, Griezmann failed to grasp the opportunity and he failed to prove that he was stronger in Barcelona.

Griezman failed to give any details about being a superstar, and has no assists or goals this season. After the game, the "Daily Sports News" gave Griezman the lowest score for the team, and the comment pointed out: "He can't defend himself. He asked to leave the wing, Koeman let him play the pseudo 9th position, but He barely participated in the game. And when he participated in the game, he wasted a good scoring opportunity. Instead of solving the problem, he increased the problem."